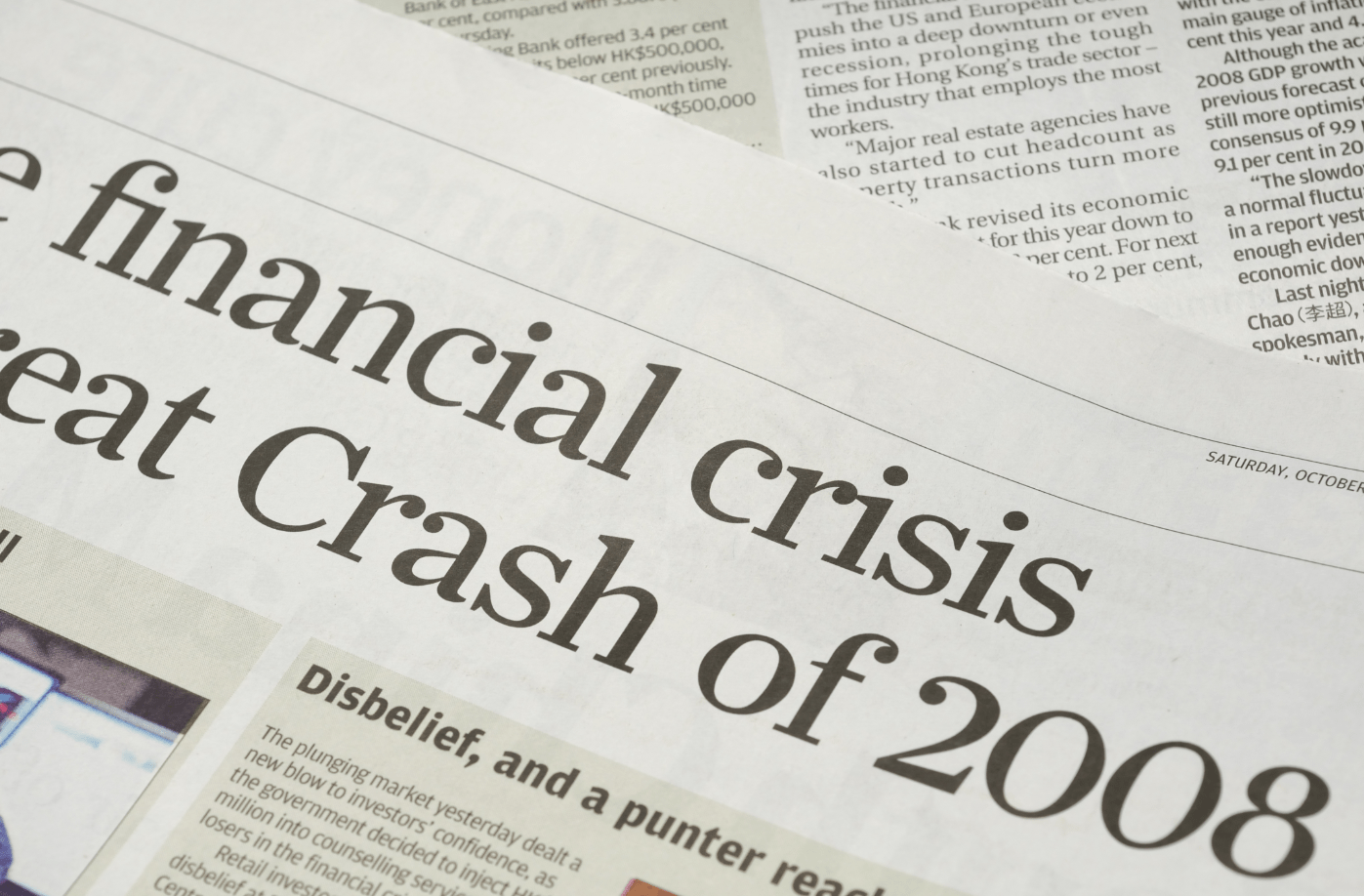 Another chief executive announcement, but this one with a more positive outcome for the company involved than Carr’s Group (see below).

Shares in GSTechnologies Ltd have soared by 36.8% or 0.43p to 1.61p after the fintech and IT company, announced Mr Bai GuoJin (“Jack Bai”) as its new chief executive.

Jack Bai, who joined the GST board in January 2021, has over 30 years’ experience in software development for the financial and telecommunication industries.

He is a co-founder of Wise MPay, the company’s collaboration partner, and since joining GST he has been leading the group’s blockchain technology activities and its plans to launch a digital banking system.

Chairman Tone Goh said : “Jack has been leading our blockchain technology activities since his appointment at the beginning of the year and we believe it is the opportune time to appoint him to the role of chief executive to take GST to the next level of growth and development.

“We have made significant further progress with our fintech plans since the announcement of the fundraising at the beginning of September. We are focused on both completing the recently announced acquisition of Angra and establishing a significant business from the stablecoin network and applications that we are developing from our collaboration with Wise MPay.”

Carr’s Group PLC has dropped back as its chief executive stepped down with immediate effect.

The agricultural and engineering group said Hugh Pelham was leaving just nine months or so after taking the top job to “pursue other interests.”

Page said: “On behalf of the board we thank Hugh for his contribution since joining at the beginning of the year.

“Group performance remains in line with the improved guidance provided in our trading update on 19 July 2021. We look forward to updating shareholders on the group’s progress at the time of our full year results on 22 November.”

12.52pm: Zenova on the rise as it launches product to help tackle wildfires

The product, Zenova WB, has been tested by the University of Exeter’s wildFIRE Lab, an independent organisation that conducts leading research on fire behaviour and fire effects on ecosystems.

In standard laboratory-controlled conditions Zenova WB prevented ignition and flaming of dry grass fuels that were treated with it.Despite exposures to temperatures of around750oC, no heat was emitted from the dry-grass fuel and smouldering was prevented.

Professor Claire Belcher, director of the wildFIRE lab, said: “We tested Zenova WB fluid in controlled conditions in the laboratory and I was amazed by its ability to prevent ignition and spread of fire in dry grassy fuels, which are typically the most ignitable fuel across many landscapes.”

The company hopes Zenova WB can play a crucial global role in tackling wildfires, both helping to suppress an outbreak and also as a pre-emptive treatment measure for those areas deemed particularly high-risk.

Chief executive Tony Crawley said: “This test by a renowned academic institution that is world leading in wildfire research validates the clear potential of Zenova WB fluid at the highest level”.

“Our existing products have strong environmental credentials and Zenova WB is no different, with tests showing the product can be applied without damaging the local environment.

“We look forward to providing innovative solutions to all parts of the world affected by wildfires as we expand our operations internationally.”

Enwell Energy PLC has moved ahead after increased production from its Ukraine projects and higher gas prices.

The company said production volumes in the third quarter were around 11% higher than this time last year, mainly due to the SV-25 well which began production in February 2021.

The jump in European gas prices has fed through to Ukrainian prices to the company’s benefit.

Chief executive Sergii Glazuno, said : ” We are pleased to report another very good operational quarter, with strong production volumes and significantly higher gas prices in Ukraine. We are looking forward to the test results of the SV-29 well, to continued good progress with the drilling of the SC-4 and SV-31 wells, and to further progressing the company’s overall development plans, enabled by the strong current gas revenues and cash resources resulting from the recent surge in gas prices.”

9.57am: Calnex Solutions climbs as it says results will be ahead of expectations

Calnex Solutions PLC (AIM:CLX) has climbed sharply after it said full year results would be materially ahead of expectations.

Shares in the company, which provides test and measurement equipment for the telecoms sector, are up 9% or 10.3p at 124.8p.

Its said it had seen strong levels of trading in the first half of the year and expected that to continue in the second six months.

It added: “As a result of the strong performance the board anticipates that revenue and profits for the full year will be materially ahead of previous expectations. The group’s robust cash position has allowed the group to bring forward planned investment in the team to increase operational capability, in line with order growth.”

It has seen a return to pre-COVID-19 customer spending patterns in all regions, other than in China where demand has been in line with the previous year.

Demand has been driven by a strong response to new products, and so far the company has not experienced any negative impact from the current supply problems regarding semiconductors.

Chief executive Tommy Cook said: “Whilst we remain cautious with regards to the ongoing global semiconductor shortages, the strength in customer orders in the first half of the year provides us with confidence that the full year revenue and profits will exceed that of the record prior year and mark another considerable step forward for Calnex, as we continue to capitalise on the industry’s transitions to 5G and the growth of cloud computing.”

9.02am: Hummingbird higher after agreeing funding for gold mine in Guinea

Shares in Hummingbird Resources PLC are flying high after a positive update from its Kouroussa Gold Mine in Guinea.

The company has agreed a financing package from Coris Bank International which will fully fund the project into production, and has finalised the necessary engineering and study work to provide capex and timeline estimates together with project economics.

Kouroussa is forecast to be a high-grade, low-cost mine which will produce an average of between 120,000 and 140,000 ounces for the first three years of production.

It is expected to produce an average 100,000 oz over the life of mine, which has been extended to a minimum of seven years from the original five year estimate.

Chief executive Dan Betts said: “The completion of the financing and the imminent commencement of building Kouroussa marks the next phase of Hummingbird’s strategy to become a multi-mine, multi-jurisdiction gold producer. Kouroussa is a low cost/high margin project which will more than double Hummingbird’s gold production, substantially improve future cash flows and generate returns for all our stakeholders…

“The recent political events in Conakry have not impacted the rapid progress of the development of Kouroussa, and we have taken measures to ensure that our key priority of maintaining the safety of our employees, contractors and operations remain intact.”

Elsewhere President Energy PLC has also gained ground after a run through of some of its various projects.

It said drilling of the first of three wells at the Puesto Guardian concession in Argentina would begin towards the end of the month.

But the Triche well in Louisiana is initially producing less oil than it ultimately expects to achieve and a farm out agreement in Paraguay is expected by the end of October, later than originally envisaged.

Meanwhile Atome, its green hydrogen and ammonia business, is expected to be floated on Aim before the end of the year, which will lead to a special dividend or other distribution to shareholders.

Chairman Peter Levine, said: “This announcement reflects the breadth and depth of President’s activities without even taking into account our core operationally profitable production assets in the Neuquen Basin, Argentina throwing off free cash from operations….

“Whilst all of our workstreams have their challenges and as such for not want of trying, targets and times can slip, shareholders can be assured that the whole of President is fully focused and motivated to bring these activities home for the group.”