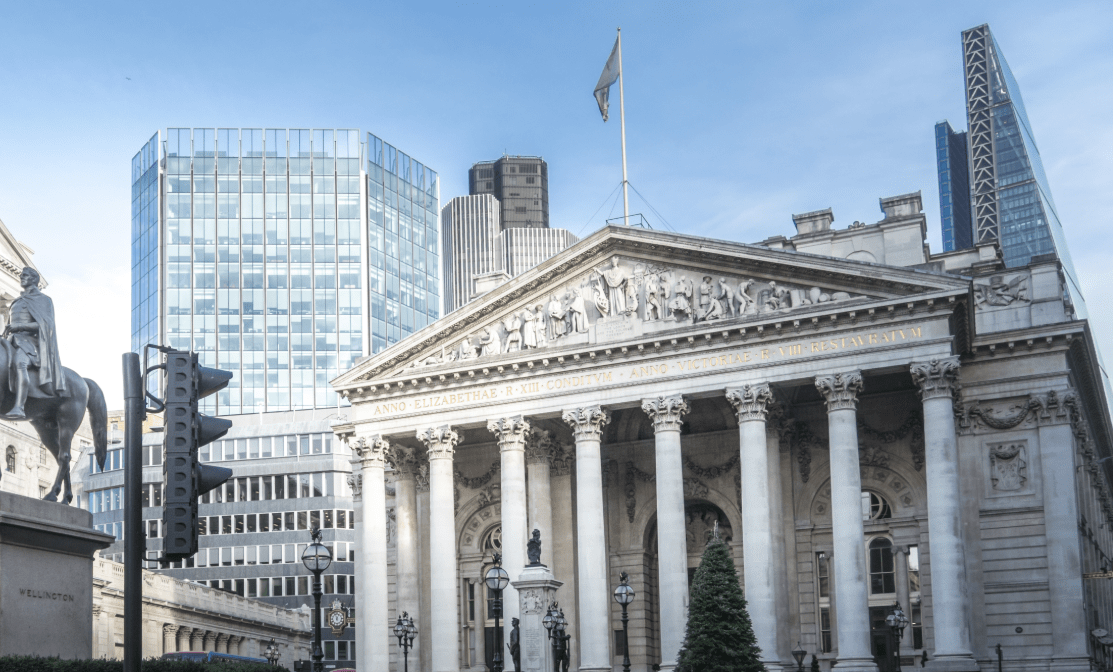 It’s set to be a busy week on both sides of the Atlantic, with heavy-weights Barclays PLC (LSE:BARC), Tesla Inc (NASDAQ:TSLA) and Netflix Inc (NASDAQ:NFLX) issuing quarterly updates that will be closely watched across the world.

The coming week’s macro releases are given extra significance as the market looks ahead to the next round of central bank meetings in the following fortnight.

Data releases at the start and end of the week “will set the tone”, said analysts at Deutsche Bank (NYSE:DB), with China’s GDP release and global flash PMIs for October.

With signs that the global recovery is slowing amidst growing inflationary pressures, investors will be watching the China growth numbers closely to see the extent to which the country can support global growth, said Deutsche.

“However, the most recent quarter has been a more difficult one for their economy, as it’s been affected by power disruptions, concerns in the property market surrounding Evergrande and other developers, as well as Covid outbreaks. The consensus forecast on Bloomberg is looking for a slowdown in year-on-year growth to +5.0%.”

Mid-week, there will be UK inflation data for the Bank of England to mull over, with petrol prices, gas bills and food availability issues making headlines across the country.

The last update revealed August’s consumer price index was up 3.2%, while the BoE’s preferred measure of CPIH, which includes housing costs, rose 3% year-on-year and meaning inflation is at its highest levels since January 2012.

In recent weeks, the BoE new chief economist, Huw Pill, admitted inflation could come in higher than expected for longer than expected, while colleagues on the Monetary Policy Committee have differed on whether a hike in interest rates is needed in the next few months.

Netflix, Tesla and the rest of US earnings season

The US third-quarter quarter earnings season ramp up over the week ahead, with 78 companies in the S&P 500 reporting, alongside a further 58 from the Stoxx 600.

Tesla, research this year has shown, is one of the most popular shares among UK and US investors, to the update will be closely followed on both sides of the Atlantic.

A recent update showed delivery numbers went up another gear in the third quarter, with 241,000 electric vehicles shipped.

“Any further indicators that Tesla is coping well despite the semi-conductor chip shortage, which has knocked other tech companies off course will be keenly watched,” said analysts at Hargreaves Lansdown.

She added: “as concerns mount that growth in China is slipping, a knock in consumer confidence could push more prospective buyers into purchasing cheaper models than Tesla’s premium model S and Model X cars.”

Updates will also be sought on the progress of Gigafactories in Austin, Texas and Berlin, Germany.


Over at Netflix, meanwhile, the number on the speed gauge is subscriber growth, which could have been boosted in the last two weeks of the period by the hot new show around the world: Squid Game.

In the previous quarter, the video streaming giant added 1.5mln new subs, which was more than expected but well down on the 4mln net additions in the first quarter and the 10.1mln from the year before

Investors may also want to hear about progress in its move into video gaming and the Roald Dahl deal announced earlier this year.

Zooming on the miners

The reporting season did not get off to a good start for the mining sector with Rio Tinto lowering guidance for its massive Pilbara operations in Western Australia.

Rio cited the tight labour market in Western Australia, which won’t concern Anglo American, focused as it is on Africa and Latin America, or Antofagasta, which is focused on Chile, but might be a concern for BHP.

All of the miners, however, will be feeling a warm glow from the meteoric rise in mineral prices in recent months.

Bellway is riding a strong coronavirus recovery tailwind. A trading update indicated revenues of GBP3.1bn, a margin of around 17% and net cash of GBP330mln for the year to July 2021.

Based on this, UBS expects a pre-ex PBT of GBP533mln (reported GBP500mln post cladding provisions) and pre-ex EPS of 350p when it reports on Tuesday.

In the current year, the broker expects 7.7% volume growth, lower average selling prices and margins to improve to 18%, resulting in a pre-ex PBT of GBP579mln.

Raw material availability and inflation are the areas of possible concern, but rival Barratt has already primed the market for good news with its recent bullish AGM statement and it will be a surprise if Bellway is not similarly optimistic.

Barclays PLC (LSE:BARC) share price has almost doubled over the past twelve months as bad debt worries have eased, financial markets have boomed and dividends have returned.

The upcoming trading update should justify investors’ improved view of the bank according to Credit Suisse.

In a preview earlier this month, the Swiss bank’s analysts said clarity of costs at the end of the second quarter allied to the sooner than expected share buyback have helped sentiment while bad debt provisions heading downwards have been another boost.

“Deal data is healthy and pointing to further market share gains while asset quality remains strong though credit card revenues are now unlikely to pick up before 2022.”

An early UK rate rise would add to the good vibes about UK banks at present with Barclays’ net interest margin running flat at present but with so much going its way at present that would just be icing on the cake.

Rentokil cleaning up its non-cleaning act

Rentokil Initial PLC (LSE:RTO) cleaned up (if you’ll forgive the pun) in the early stages of the coronavirus pandemic but core pest control suffered.

That had begun to change this year with the company reporting in July that its pest control saw 8.5% like-for-like (LFL) sales growth in the first half of the year, not far behind the 9% organic growth racked up by the hygiene division.

The company held a capital markets day last month to give City analysts the inside dope on its plans so the broking community should not be too surprised by what emerges in the third-quarter trading update.

Peel Hunt, which attended the investor and analysts event, noted that “the pandemic has profoundly changed attitudes to hygiene and wellbeing, creating new and enhanced growth opportunities in the core Hygiene business, such as air purification and no touch dispensers. Rentokil is expanding its offer outside of the washroom (Premises Hygiene GBP90mln revenue, Enhanced Environments GBP155mln revenue), including air care and clinical waste management, as well as extending the geographic footprint of the business (20 new markets in 2020).”

Thursday is going to be a busy day for big caps, with Unilever PLC (LSE:ULVR) dropping a trading update just as its shares have dropped by over 20% since last year.

According to analysts at AJ Bell, this may be partly due to how investors have been looking for cyclical companies that could benefit from an economic upturn in the wake of pandemic, and show a rapid recovery in earnings, such as oils, banks and miners, rather than ‘Steady Eddies’ like Unilever.

However, last year’s sales growth slowed down considerably, while this year the FTSE 100 group is suffering from cost inflation and margin pressure.

“The perception of tardy progress is stoking speculation that Unilever is ripe for the arrival of an activist investor on the share register. Third Point’s Daniel Loeb prompted a shake-up at Nestle, once its appointed Mark Schneider as chief executive, and Trian’s Nelson Peltz has previously lobbied for change at Procter & Gamble (NYSE:PG), having bagged a seat on the US firm’s board,” analysts commented.

“The ongoing auction of a large part of its tea business may head off such chatter, especially as a rumoured four-way fight between private equity firms CVC, Carlyle and Advent and a joint bid from Cinven and ADIA could drive the sale price to GBP4bn.”

“The question then is what Unilever does with the money, and whether it reinvests it in faster-growing areas such as skincare or returns some of the cash to shareholders. Going by the classic activists’ playbook, a shareholder pressing for change could call for a full-blown demerger of the food operations or look to crystallise value from the 62% stake in Hindustan Unilever, whose shares trade on the Mumbai exchange in India.”

AJ Bell PLC (LSE:AJB) provides a year-end trading statement on Thursday, with larger rival Hargreaves Lansdown having provided a hint at what might be to come with an update a week earlier.

The Bristol-based market leader reported lower revenues on the back of a levelling-off of share dealing volumes, but won net new business of GBP1.3bn and welcomed 23,000 net new clients.

Back in July, Salford-based AJ Bell said it had signed up 6% more users than the previous quarter and net inflows of GBP1.8bn that helped lift total assets under administration 8% to GBP70.4bn.

Net inflows in the quarter were GBP1.8 bn (2020: GBP1.2bn) while total assets under administration rose by 8% over the quarter to GBP70.4bn.

Looking ahead, chief executive Andy Bell said, “the structural growth drivers for our sector remain strong and we are well placed to deliver further growth across our platform”.

How was your summer, Intercontinental Hotels (LSE:IHG)?

The week ends on a classy note with Intercontinental Hotels (LSE:IHG) Group plc releasing an update for its third quarter.

The Holiday Inn and Crowne Plaza owner reported a steady recovery in US and Chinese domestic travel in the first half of 2021 and, airlines reporting improving European travel trends over the summer, the positive trends may have continued into the third quarter.

“Smaller hotel chains are likely to have suffered through lockdowns, potentially reducing supply, while cost savings and efficiencies mean future revenues have the potential to be higher-margin,” analysts at Hargreaves Lansdown said.

“Recovery in demand, new hotel openings and improved margins mean these have the potential to be blockbuster results. However, market expectations are correspondingly high, with second-half revenues expected to rise by 73.2% year-on-year to GBP873mln.”