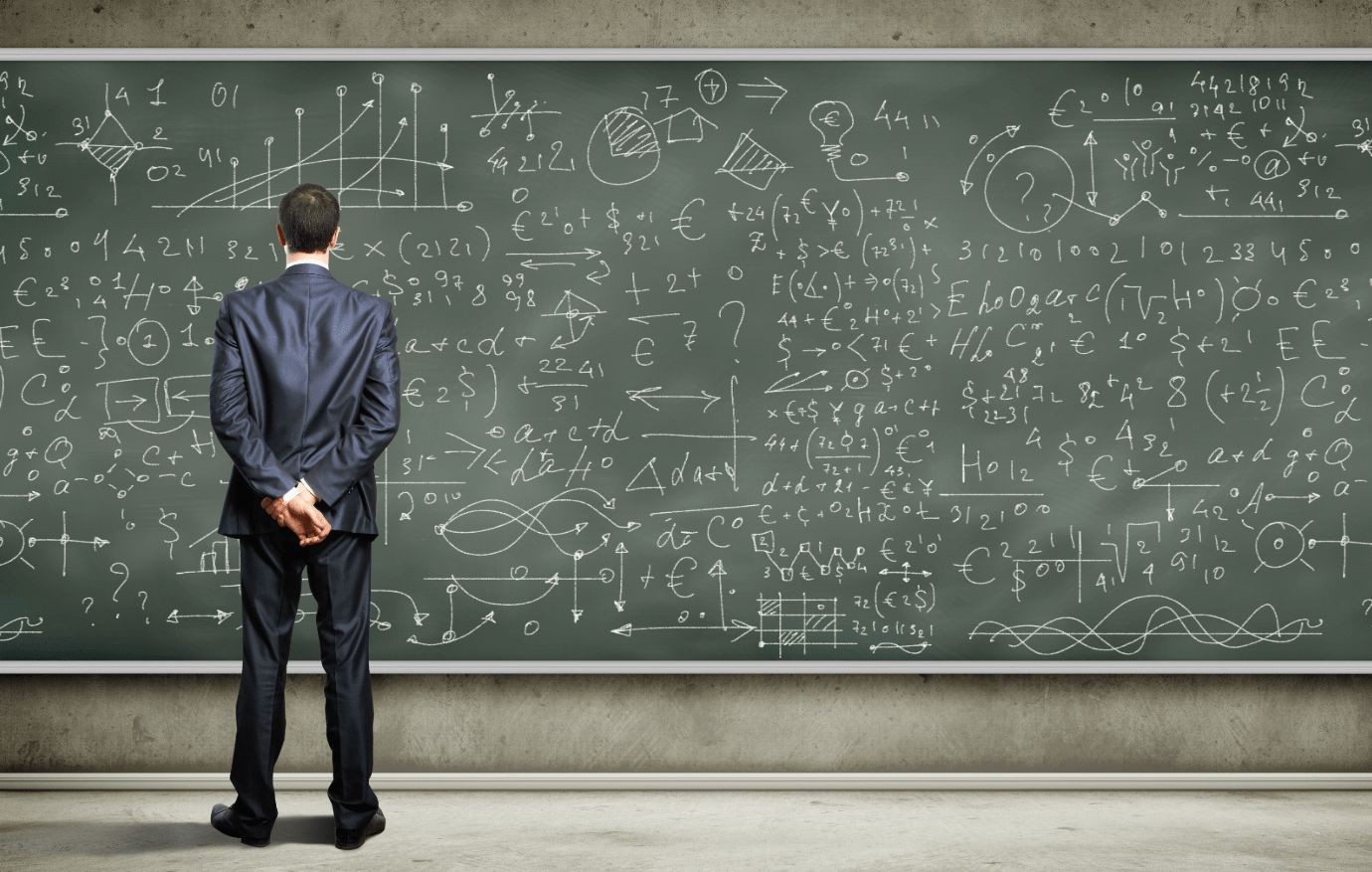 “While higher rates should do little to help the housebuilders, the financials look well placed to take advantage of higher growth and improved margins,” IG senior market analyst Joshua Mahony said in a statement.

“With markets widely expecting the November rate rise to be the first of many, the UK banking sector finally looking more attractive,” Mahony added.

Notable movers included Unilever, which rose as much as 2.3% after the consumer goods giant revealed a better-than-expected 3Q sales forecast and maintained its full-year profit margin outlook.

Meanwhile, in the US, leading shares remain in the doldrums with a few notable exceptions such as RELX PLC (LSE:REL), the media and tech giant.

Shares in RELX rose 1.3% after it revealed underlying revenue grew by 6% year-on-year in the first nine months of 2021.

“The FOMO [fear of missing out] effect is once again rippling through the crypto world, bouncing the price of Bitcoin near all-time highs,” said Susannah Streeter at Hargreaves Lansdown.

“It gained $2,000 dollars in just two hours earlier today as it surged back up towards yesterday’s record level above $66,930.

“Speculators are fearful of missing out on future price gains, amid expectation that the green light given this week to the Bitcoin futures ETF in the US will swing open the saloon doors to more entrants into the crypto Wild West. The move does seem to have added more legitimacy to Bitcoin, despite the fact that trading in futures contracts and speculating where the price will go next may be even more risky and expensive than trading right now in cryptocurrency on an exchange.

“Given that the UK’s Financial Conduct Authority banned crypto EFTs as of January this year, it’s unlikely we will see any moves in the UK any time soon,” Streeter opined.

That being said, the Financial Times reports that investors are yanking funds from gold, the normal hedge against uncertainty, and putting them into cryptocurrencies.

The news agency Bloomberg reckons more than US$10bn has been withdrawn from the biggest gold exchange-traded fund (ETF) this year.

“Over the last couple of years cryptocurrencies have become mainstream investments thanks to their strong upwards trajectory, with many choosing these over traditional assets,” said analysts at forexsuggest.com.

Gold is still king of the jungle with US$11.3trn invested in it but Bitcoin is coming up fast on the rails, occupying 11th position in the companies, crypto and commodities by market cap, with funds to the tune of US$814.5bn.

Forexsuggest.com projects that in four years’ time, Bitcoin will be up to number five (US$5.1trn) with Ethereum, another cryptocurrency, in sixth on US$4.1bn.

I should be happy, but spent all my ETH on NFTs ???? pic.twitter.com/rb6wfCQQr2

The bosses’ lobbying group said the total said manufacturers expect output growth to pick up substantially in the next three months.

Total new orders in the quarter to October at a slower, but still strong, pace compared to July, with the deceleration driven by an easing in domestic orders growth. Meanwhile, export orders increased at a similar pace to last quarter pic.twitter.com/4dgoJKjTV7

“The CBI’s total orders balance probably overstates the severity of the slowdown in the manufacturing sector, as it is not seasonally adjusted and it has fallen by an average of six points in the previous 44 Octobers. Even so, our seasonally adjusted version fell to +15 in October–its lowest level since April–from +22 in September. The balance still is a long way above its 44-year average, -19, but it recently has greatly overstated the level of manufacturing output. This is partly because manufacturers are asked to compare orders to ‘normal levels’, and their assessment of normal changes over time,” explained Samuel Tombs, the chief UK economist with Pantheon Macroeconomics.

“In addition, component shortages have prevented many manufacturers from fulfilling orders. These shortages are still worsening; nearly two-thirds of manufacturers reported that the availability of materials and components likely would limit output in Q4, the highest share since January 1975,” he added.

US stocks are expected to open lower after a rally that saw the blue-chip Dow Jones Industrial Average scaling a new record ran out of steam as third-quarter earnings continue to come in higher than anticipated.

“Unilever investors will hope today marks the start of a recovery after months of declines of late, and a generally unimpressive performance over the past year. If it can continue to increase prices without much of a hit to sales, as today’s figures seem to indicate, then a way of out the mire seems possible. In a growing economy, with consumers beginning to see higher wages, even a relatively staid firm like Unilever should benefit. Of course, a look at the longer-term, which shows a tripling of the share price since 2009, shows that we are probably just going through a tough period, which should reverse in due course,” said Chris Beauchamp at IG Group.

UK monthly property transactions rose to a record September level as buyers rushed to take advantage of the Chancellor’s generosity on stamp duty.

UK household wealth has increased by GBP900bn over the pandemic due to rising house prices and equity values. GBP600bn of that increase has gone to households headed by someone 55 or older. https://t.co/tlHyYj225l

The numbers were still below the peaks seen in March when the Chancellor decided that the roaring house fire could do with another few logs on it and delayed the ending of the stamp duty holiday.

Transactions were still below June, as well, when the stamp duty holiday had been substantially reduced.

“The fact we saw a surge at all shows the psychological power of the tax break. For those who had been locked in an incredibly frustrating housing market for months, and may have initially been aiming for one of the earlier deadlines, this was a final chance to at least get a small saving on the painful and expensive process of buying a house,” said Sarah Coles at Hargreaves Lansdown. “We expect to see sales slow from this point, reflecting the fact that agents reported a drop in buyer interest in August and a levelling off in September. We’ve also seen six successive months of drops in the number of properties coming to the market, so even if there were plenty of keen buyers, the property drought would keep a lid on sales,” she added.

Much better final dividend than expected at Renishaw, trading going well. No wonder shares up nearly 8%. Could be heading back to recent ceiling at GBP55.

9.30: Miners drag down the Footsie

Miners are acting as a drag on the Footsie this morning.

“It is a weaker start to trade out of the gates for the FTSE 100, breaking below support at 7,200 with basic resources and travel & leisure leading the declines,” said Victoria Scholar at interactive investor.

“The S&P 500 is a whisper away from record highs, logging its sixth consecutive day of gains, thanks to strong earnings reports, signalling that corporate America is in relative control of the global supply chain concerns and inflationary pressures. For the Fed watchers, Cleveland Fed President Loretta Mester reinforced the difference between tapering and hiking in an interview with CNBC, signalling that winding down asset purchases should begin ‘soon’ but that the Fed is not planning to lift-off from rock-bottom rates anytime soon,” she added.

This morning the Office for National Statistics (ONS) revealed the public sector net debt excluding public sector banks was GBP2,219bn at the end of September.

At around 95.5% of GDP, this maintains a level last seen since the early sixties https://t.co/pPSOlwNrEW pic.twitter.com/n8ePOwvnmE

Barclays PLC (LSE:BARC) would’ve hoped for a better market for its best ever set of third-quarter results, which revealed GBP2bn of profit as its investment bank arm boomed.

The bank’s shares meanwhile started close to 1% lower, changing hands at 196.58p, with analysts noting that expectations were already high among investors and suggested the share’s move lower was ‘profit taking’.

Consumer brands firm Unilever PLC (LSE:ULVR) was meanwhile in positive territory as its third-quarter numbers proved to be resilient, with sales up 2.5% and margins seen to be holding ‘broadly level’ for the full year despite elevated cost pressures.

“Unilever is managing its way through,” noted Hargreaves Lansdown fund manager Steve Clayton. “The group has been raising prices to defend its margins against a panoply of higher costs. It is encouraging to see the group able to push these through but at some cost to sales volumes in the quarter.”

Elsewhere, in crypto markets, the price of Bitcoin and Ethereum remained buoyant after Wednesday’s record high.

A Bitcoin is this morning priced at around US$65,147, up 1.7%, which puts the cryptocurrency’s total worth at around US$1.22 trillion. Ethereum, meanwhile, played a little catch up advancing 8.2% to US$4,166 (putting the second-largest crypto’s total value at around US$490mln).

The FTSE 100 is seen on the backfoot ahead of Thursday’s open with sentiments detached from the positivity seen on the other side of the Atlantic.

CFD firm IG Markets has London’s blue-chip benchmark trading down around 36 points, making the price 7,187 to 7,189 with just over an hour to go until the open.

It comes amidst tightening scrutiny over national and household finances, and, the prospecting of higher price inflation in the coming periods, even whilst company results have largely been robust.

“By and large many companies have been reporting decent numbers and have been able to pass on the increase in costs, to their customers, without a significant impact on their sales growth numbers, or their margins,” CMC analyst Michael Hewson said in a note.

“While this is certainly encouraging there is no guarantee it can continue given that the over the next quarter costs will have increased further given the continued rise in raw materials and energy prices, and other supply chain disruptions.

The analyst added: “For now, that doesn’t appear to be worrying US investors with the Dow posting a new record intraday high, and the S&P500 coming to within touching distance of doing the same thing. This US exuberance isn’t translating into today’s European open which looks set to be weaker one.”