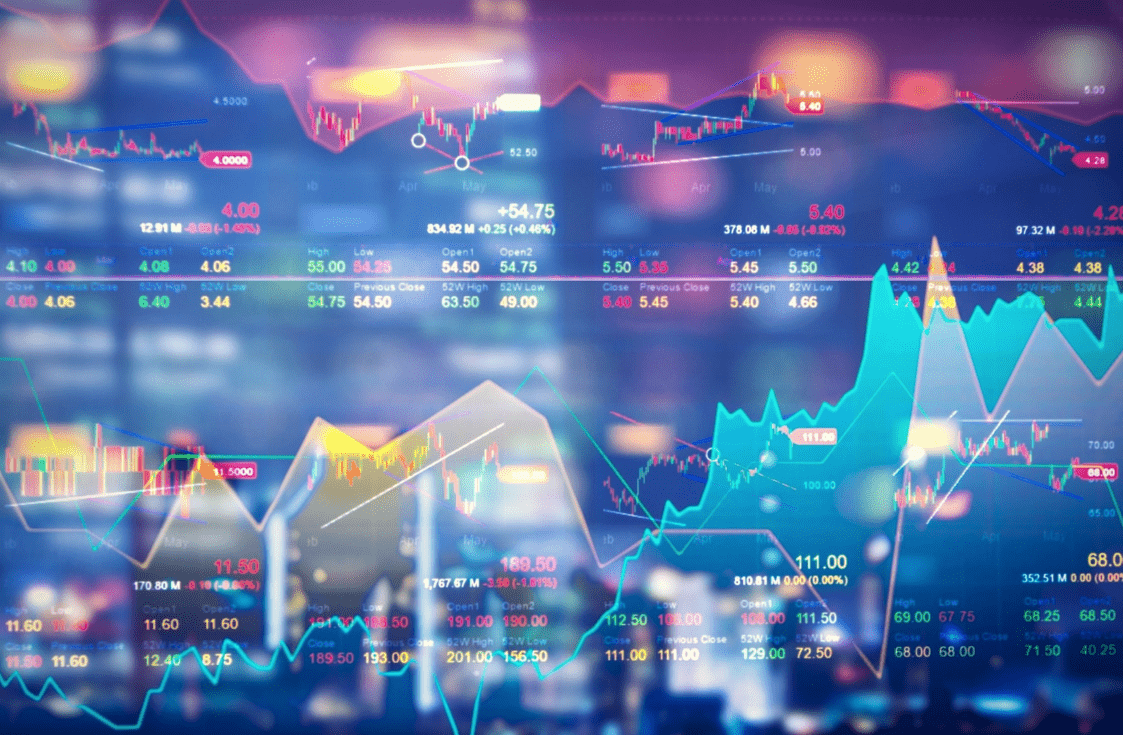 Some of the topics discussed include: Wall Street short-term overbought, bonds steady, gold steadies from intraday lows, oil remains firm, governance questions in China and US focusing on companies and who is liable in a default, India, Vietnam, Mexico firm.

The S&P 500 has advanced 5% since JPMorgan Chase & Co (NYSE:JPM). kicked off the earnings season nine days ago, in the best start to a reporting cycle since the dot-com mayhem 88 quarters ago. Along the way, the index slipped only once, with a 0.1% drop on Friday doing little to derail the benchmark from its best month since the election.

Now institutional investors with large stock and bond holdings will need to balance out their positions, buying dips on losers and taking profits on winners. How big will the impact be? A regression analysis done by strategists at BNP Paribas SA shows that the outflow needed to compensate for a divergence between this month’s drop in the bond market and rally in stocks could translate into a 2.6% decline in the S&P 500 when the rebalancing takes place.

End of month reweighting of portfolios is a predictable event and represents a solid rationale for the recent bounce in Treasury futures. It’s unlikely to contribute to more than temporary strength because none of the underlying factors have changed.

The short-term overbought condition on the S&P500 is also susceptible to some consolidation, despite strong earnings continuing to come through. The strong rebound over the last couple of weeks has taken the Index to another incremental new high. The pattern over the last year has been these moves are not sustained but the pullbacks that follow them tend to bed mild. It suggests there will be better buying opportunities arising over the coming weeks.

As we head into the last couple of months of the year, we are now in the most favourable seasonal period so it is reasonable to expect a continued firm performance. That’s particularly true since the Fed is unlikely to surprise the market by hiking rates before they fully taper.

Smashing Atoms: The History of Uranium and Nuclear Power

This infographic from Sprott focusing on uranium may be of interest to subscribers. Here is a section:

Although uranium mining is a global activity, only a handful of companies account for the majority of production.

The top 10 uranium mining companies accounted for 85% of global production in 2020.

The demand for this uranium come from nuclear reactors around the world.

There is no groundswell of support for a new massive round of reactor building. At least, not yet. The anti-nuclear lobby has been incredibly successful in pushing their agenda, over the last sixty years, and not least because of the Cold War and the threat of mutually assured destruction.

That risk is still present today, particularly because of efforts to develop first strike hypersonic weapons. That will be the case regardless of nuclear power’s position in the energy mix. The big challenge today is there is the real potential that the promise of electric vehicle market penetration will be realised. Most countries electricity networks are in no way prepared for the demand surge that represents.

There has been a great deal of enthusiasm for building wind and solar farms. The challenge is that building weather dependent supply when you believe weather patterns are going to change does not make sense. Of course, just because a project has built in logical inconsistency has never been a cause to stop once political decisions have been made.

The market, however, may be waking up to this argument. The Global X Uranium ETF is now outperforming bot the wind and solar ETFs.

Something that has been at the back of my mind for the last couple of years is that low interest rates promote fragility whereas high interest rates require robust solutions.

The global supply chain, intermittent energy supply and electronics that need to be replaced every few years, companies spending more on buying back shares than investing for the future are emblematic of a fragile business model enabled by low interest rates.

The majority of nuclear reactors were built between 1970 and 1990 which was a time of high interest rates where robust long-term solutions were desirable and necessary to justify investment. High interest rates raise the bar for what is investable. Historically, that’s why value has prospered in a high interest rate world. These kinds of companies offer surety that your investment will be OK.

That suggests the uranium story is as much about interest rates as it is about technological improvements and new small modular designs.

Group’s deepening debt crisis, according to people familiar with the matter.

Beijing’s directive to the Evergrande founder came after his company missed an initial Sept. 23 deadline for a coupon payment on a dollar bond, said the people, asking not to be identified discussing a private matter. Local governments across China are monitoring Evergrande’s bank accounts to ensure company cash is used to complete unfinished housing projects and not diverted to pay creditors, the people said.

The demand that Hui tap his own fortune to pay Evergrande’s debt adds to signs that Beijing is reluctant to orchestrate a government rescue, even as the property giant’s crisis spreads to other developers and sours sentiment in the real estate market. Chinese President Xi Jinping has been cracking down on the billionaire class as part of his “common prosperity” campaign to reduce the country’s yawning wealth gap.

It’s unclear whether Hui’s fortune is big and liquid enough to make a sizable dent in Evergrande’s liabilities, which swelled to more than $300 billion as of June. The developer’s dollar bonds are trading at deep discounts to par value as investors brace for what could be one of China’s largest-ever

Bailing out troubled lenders during the credit crisis and letting their senior management walk away with golden handshakes helped to seed a populist backlash against the status quo in the USA. That was exacerbated by a foreclosure crisis that saw millions of people kicked out of their homes. China appears to have learned from that mistake and Hui Ka Yan is unlikely to escape Evergrande’s dissolution unscathed.

It represents a lesson for risk takers. The era of “heads I win, tails you lose” is drawing to a close. At least in China, fewer businesses will be saved and billionaire founders will be on the hook for debts before creditors take losses. I wonder how long it will take before that kind of policy finds its way to the rest of the world?

In this regard, at least, China is ahead in the governance game; even if they continue to favour politically sensitive companies. The challenge for investors is that the transition from a laissez faire system to one where personal responsibility takes precedence means there needs to be a significant repricing of risk. The vast majority of US listed Chinese shares pulled back today and will need to hold their respective lows if their rebounds are to remain credible.

This article from Bloomberg may be of interest to subscribers. Here it is in full:

Robusta coffee futures rallied to the highest in more than a decade driven by dwindling stockpiles for the beans favored for instant-coffee brands such as Nestle SA’s Nescafe.

January futures in London jumped as much as 3.8% to $2,278 a ton, the highest for a most-active contract since September 2011. Arabica coffee also rose in New York.

Both varieties have climbed more than 60% this year after drought and frosts damaged the arabica crop in Brazil, the No. 1 coffee producer, boosting demand for the cheaper robustas. The January-March spread in London surged to record premium.

At the same time, soaring shipping costs are hindering a draw down of hefty stockpiles in robusta giant Vietnam. Exchange-monitored stockpiles for both varieties have continued to slide as roasters tap stored reserves.

Technical-trading indicators are “very positive” and that attracted more buying, plus “there’s concern that flows have been paralyzed out of Vietnam because of the lack of container and elevated freights,” said Hernando de la Roche, senior vice president at StoneX Financial in Miami.

The Baltic Dry Index is currently unwinding a short-term overbought condition so that will take some of the pressure off of exporters of just about everything. Nevertheless, it will be quite some time before the port bottlenecks are eliminated.

The Robusta price is back in the region of the peaks posted over the last decade and hit a new closing high today. While overbought in the short term, a clear downward dynamic will be required to check momentum.

Arabica, has been ranging since the Brazilian frost and is now back testing the peaks set in 2014. A break in the short-term sequence of higher reaction lows would be required to question potential for additional upside.

With global vaccination rates rising, the prospect of anti-COVID pills on the horizon and the promise of travel restrictions being dropped, it is time to start thinking about venues for The Chart Seminar in 2022. Please drop [email protected] a line if you would be interested in attending an event next year, as well as your preferred location.